“At Least you Weren’t on the Street.”

When people speak about homelessness in Sheffield, they often picture the people that they encounter in the street. However, for me my version of homelessness was sleeping on someone’s living room floor, relying on stranger’s kindness. When people hear this the common reaction is at least you weren’t on the street, it can’t have been that bad, could it?

The answer may surprise you. The lack of privacy, space, belongings had a massively detrimental effect on my mental health. It sucked my motivation. It stopped me from developing life skills to better my situation. I fell into a black hole that seemed impossible to get out of. I stopped sleeping, which wasn’t helped by people being in the living room all the time. I stopped eating because I was still awaiting my benefits payments and I was embarrassed to keep asking the people that lived in the house. I stopped going outside because what was the point?

For a lot of young people, they have their parents help and support when they run into difficulties in their life. However, for me, this wasn’t an option. I had no contact with my father from a young age and had been kicked out of my mother’s when I was sixteen. So, by the time I had become homeless I had been without family support for years. I didn’t even know my parent’s phone numbers.

Since first becoming homeless at sixteen I’d found myself in a revolving door of homeless charities offering me hostel placements. I had tried a couple of hostels but found the amount of people living there to be overwhelming. Again, with my mental health becoming so poor I struggled to engage with anyone. This is another reason why I found myself living on the floor. It was at this point I found Nomad.

Nomad’s training flats was different from any other housing charity that I had come across. They have a much smaller amount of rooms than the hostels. This helped massively with my anxiety. I had a key worker that came twice a week. When I first was rehoused in the training flats they were the only person that I would get out of bed for. Through time (and a lot of patience) I started to care about myself again. I started to believe that I deserved better. I started to believe that I was worth the effort it took to try. They filled a hole in my life that I didn’t know was there. If it wasn’t for them and the support, I got from Nomad I honestly believe I wouldn’t be where I am today. I cannot stress enough how much of a difference having a stable home made to my life.

Once I’d gained this newfound motivation my key worker suggested volunteering. I started small. Just once a week. However, having something to get out of bed for was invaluable for my mental health. It encouraged my people skills, timekeeping and feelings of self-worth. Having something meaningful to do with my time gave me a purpose that I hadn’t had in a long time. I quickly went from one day a week to five and gained the skills that I needed to transition back into work.

Nomad’s training flats are for six months so when this came to an end I was supported into a shared house. The change was nerve-racking, however, a lot of work had gone into my social skills, problem-solving and life skills, so I quickly adapted. Through doing volunteering I was able to start work and eventually moved into my own flat.

Now my life is very different from what it was five years ago when I lived on a floor. I work full time helping people that are in similar situations to what I was. I live in my own house. I have stable positive friendships and I am soon going to be getting married. And all it took was for one person to believe in me and tell me that I was worth it. 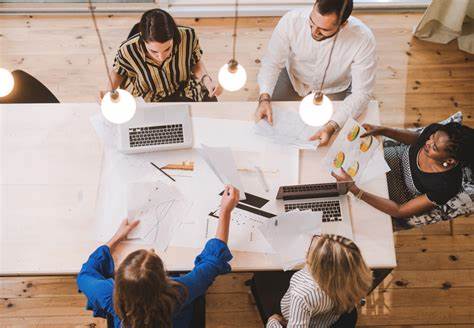 Keep up to date with what’s happening at Nomad by signing up for our email newsletter. You can unsubscribe at any time. We will look after your data. For full details please see our Privacy Policy.

We use cookies on our website to give you the most relevant experience by remembering your preferences and repeat visits. By clicking “Accept”, you consent to the use of ALL the cookies.
Cookie settingsACCEPT
Manage consent

This website uses cookies to improve your experience while you navigate through the website. Out of these, the cookies that are categorized as necessary are stored on your browser as they are essential for the working of basic functionalities of the website. We also use third-party cookies that help us analyze and understand how you use this website. These cookies will be stored in your browser only with your consent. You also have the option to opt-out of these cookies. But opting out of some of these cookies may affect your browsing experience.
Necessary Always Enabled
Necessary cookies are absolutely essential for the website to function properly. These cookies ensure basic functionalities and security features of the website, anonymously.
Analytics
Analytical cookies are used to understand how visitors interact with the website. These cookies help provide information on metrics the number of visitors, bounce rate, traffic source, etc.
SAVE & ACCEPT
Share This